Plant a tree in memory of Andrew
An environmentally-friendly option 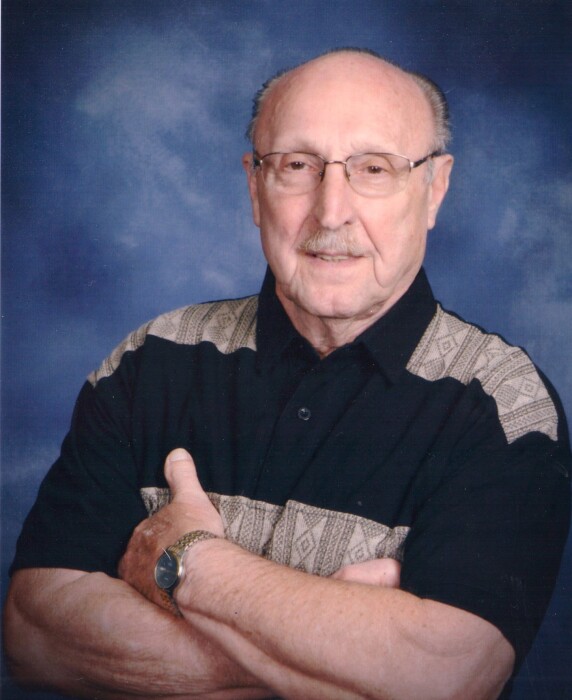 He was born on December 13, 1932 in Akron, Ohio; the son of the late Casper and Elizabeth (Goutz) Miller.

Andy was a proud American who served his country in both the Coast Guard and later in the Navy during the Korean War. Andy was a Park Ranger by trade in the city parks, working for City Metro Parks of Akron within the Goodyear Metro Parks. His job was perfect for him as he loved being outdoors. To most people mowing the lawn would be a chore, but not to Andy! He enjoyed cutting the lawn, even to the point of cutting his neighbors lawn, not only because he enjoyed it, but because he became a bit of a perfectionist while he was in the service and liked it to look a certain way. Which was a win-win for everyone! He also worked as a maintenance man and could fix anything. Anyone that knew him called him “Handy Andy”. He could fix anything from cars to electrical and plumbing and beyond. He enjoyed “tinkering” on most anything. Andy was a very smart and wise person and liked to impart his knowledge to others. While helping his friends and family fix things, he would teach them along the way so that they could be knowledgeable should the situation arise again. Andy loved to help people and was a wonderful neighbor to have. He often checked on his neighbors to see if they were in need of anything and was always available to help. He lived in several states besides his home state of Ohio. He also lived in Florida, Wisconsin, and his favorite; Tennessee. There was such peace and beauty within the mountains of Tennessee that he enjoyed so much. Andy lead a very active and interesting life. He dabbled in the culinary arts and his favorite thing to make was Hungarian food, especially sausage. Sitting still was not his style. He was a former bowler during his time living in Akron and was know to “cut a rug” from time to time. His favorite genre of music to dance to was Polka and Swing Dancing. Andy was a man of faith. He attended 1st Christian Church in Salem and while living in Akron, followed the teachings of James Dobson; founder of Focus on the Family, and Family Talk. Andy enjoyed doing many things with people and for people, but the greatest joy was doing things for and with his family. Andy will be missed by all who knew him and was fortunate to have had him in their lives.

In addition to his parents, Andrew is preceded in death by his siblings; Casper, Joe, and Mike Miller; who passed away in WW II.

Care was entrusted to the Arbaugh-Pearce-Greenisen & Sons Funeral & Cremation Services of Salem.

Plant a tree in memory of Andrew by clicking here.
To send flowers to Andrew's family, please visit our floral store.

Plant a tree in memory of Andrew
An environmentally-friendly option

Plant a tree in memory of Andrew

1 tree planted in memory of Andrew

A Memorial Tree was planted for Andrew Mike Miller

Plant a tree in memory of Andrew